Since 2016, over 1,000 leaders have been trained through one of our workshops, including 3-day Organizing Trainings, 10-week Online Courses, Wisconsin Budget Action Workshops, and more!

Leaders trained through WiLD Project curriculum are putting theory to action and making an impact with inspiring campaigns waged across the state. Here are a few examples:

Together with the WI Public Education Network and other partners, we set our sights on impacting the 2017-19 WI Biennial Budget. The campaign resulted in 282 people trained from 84 cities, 6 budget hearings attended by 754 people that garnered $639 million increase in K-12 public education funding. According to former Joint Finance Committee Member, Rep. Katrina Shankland, “They were the most organized and most powerful group in the room.”

In early 2019, WiLD partnered with the ACLU of WI and WI Public Education Network to train over 300 people in four regions on: the budget process, telling your story as a way of giving testimony, and developing local organizing tactics. Action teams were formed by legislative district to advocate for a WI Biennial Budget that divests in mass incarceration and invests in K-12 public education. Half the participants were doing this for the first time, and went on to testify at the public budget hearings.

Students experiencing racism on UW Madison’s campus formed Blind Side—to win a majority of student council seats and gain access to power and resources they didn’t have. The team grew to 90 trained students across campus who increased student voter turnout by 58%. In March 2016, they elected a slate of 19 members to the 29 available student council seats and won! They planned to address the effects of privatization on UW campuses, hate crimes, and a dismantled student governance structure.

SAVE OUR CHILDREN PEACE MARCH

In 2015, Wausau’s Hmong community—who arrived in the area over 40 years ago as refugees and now wanting to step more fully into their role as citizens—had to deal with a very public tragedy. As a result of a bullying dispute between two groups of Wausau youth, a threatened Hmong teenager took the life of another student during a neighborhood confrontation. Dylan Yang, 15 years-old, was being tried as an adult and faced 60 years in federal prison. What came next was the largest Hmong-led march in the history of Wisconsin. Over 1,000 people stood in solidarity to address bullying in schools and leniency for Dylan. 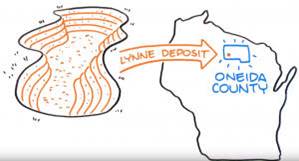 In 2018, a grassroots team of “political rookies” from Oneida County and the Lac du Flambeau Tribe set out to inform their community about the urgent need to protect the Willow River and Flowage from the risks of sulfide mining being proposed in a November ballot referendum. With only a few months to get organized and the support of the River Alliance of WI, they campaigned tirelessly—going door-to-door, holding conversations with their neighbors, showing up at town halls and getting the facts out. Despite being in a traditionally conservative leaning county, 62% of voters said NO to mining!

Many WiLD-trained leaders have gone on to run for public office at all levels. A significant number are actively involved in voter engagement through registering new voters, educating citizens on their rights and relevant issues, and getting them out on election day.

ORGANIZING TIPS, UPCOMING WORKSHOPS, OPPORTUNITIES FOR ACTION–ALL IN YOUR INBOX

Join our email list to receive 1-4 updates per month about upcoming events, organizing stories, and other opportunities to grow your leadership practice.

Sign up for organizing tips, upcoming workshop announcements, and opportunities for action