1) What have you learned from organizing “fails?” 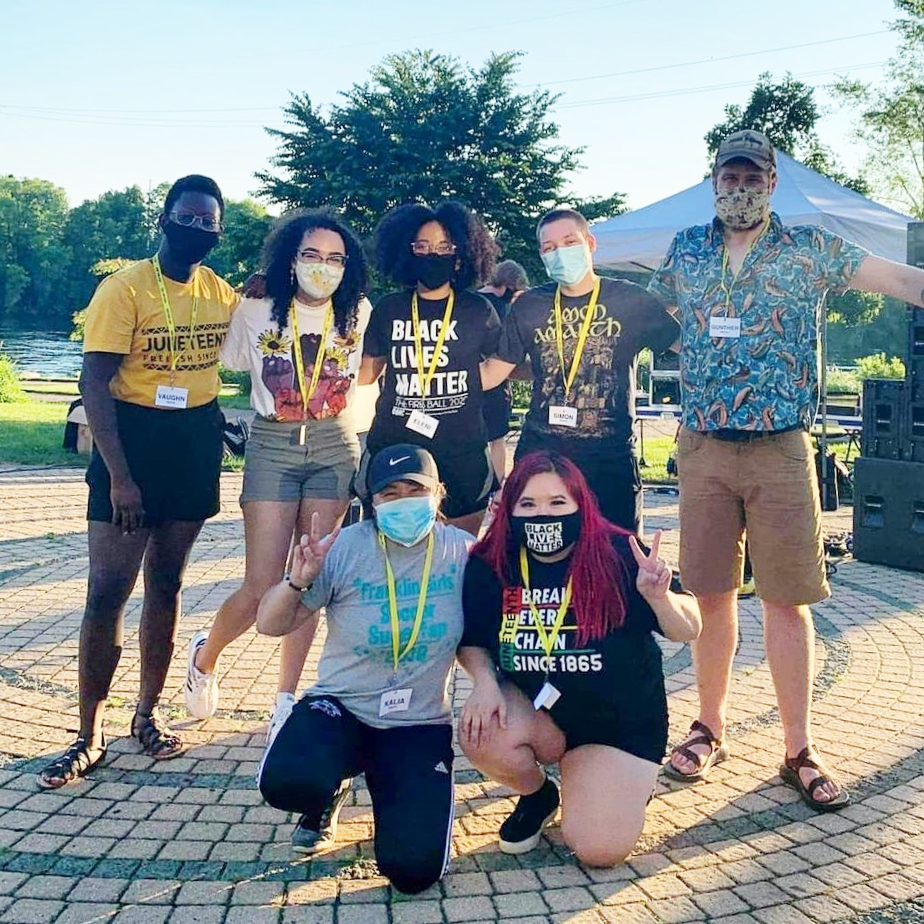 Chia: In my organizing/leadership journey, there was a time I was under the assumption that I needed to know everything and have clarity on every single decision that was made. This made me not have enough faith in others and struggle with imposter syndrome. For example, when I was working on our campaign, “Dare to Divest,” I struggled with having a clear vision for steps as a team. However, I was able to push through that by actually making actions happen instead of lingering on having all the details perfected. I learned that, more often than not, you won’t know what the outcome will be, but the important thing is that you are willing to try and enable others to try their best, too!

Gunther: When I was in college, I was a part of a campaign to get a Diversity and Inclusion Director on campus. Our campaign was a multiracial coalition, and I failed in the early stages to be proactive about addressing race, equity, and power with other white people in the campaign. As a result, the coalition slowly split. I learned that racism is never something that can be addressed passively or occasionally by white people in leadership, but must be openly worked on and acknowledged.

2) What sustains you? Where do you get the energy to keep going with the work?

Chia: My community of BIPOC friends and allies sustain me in the work. It is encouraging to work with other individuals who want the same things you do and I am grateful for my support system as well. In addition, my faith and relationship with Jesus give me the courage to take action and also allows me to rest and have peace when it may be hard to.

Gunther: What keeps me going as an organizer is a unified and ambitious vision. Sharing hopes and dreams of a Green New Deal and Medicare for All grounds me, and keeps me dreaming of a brave new world that we are so close to having.

3) What’s motivating you with this upcoming election?

Chia: My desire to see a better future for all marginalized groups is motivating me for the upcoming election. Many issues such as immigration reform, criminal justice reform, and economic disparities affect BIPOC communities. I want to see equality and justice for BIPOC and advocate for changes that work towards eliminating system racism.

Gunther: My motivation for this election is empowering young people. With climate change, healthcare, and COVID-19 response on the ballot, our future as young people will be decided this November, and I won’t stand by and let others make that choice for us.